In recent months, much of the digital asset world's attention has been focused on potential actions of the US government to regulate crypto, including SEC Chairman Gary Gensler's attempts to bring crypto under his agency's regulatory scope. However, the rest of the world has also seen significant developments regarding digital asset regulations, which are no less important given the global scope of the asset class.

Here are some of the more significant developments in recent months, many of which signal that crypto regulations across the world are moving towards something of a global standard:

In July, the G20-affiliated Financial Stability Board (FSB) announced that it would release recommendations for crypto regulations by October. Established in 2009, the Switzerland-based FSB is tasked with coordinating international cooperation around financial system governance to ensure stability. With all G20 countries among its membership, along with key organizations like the Bank for International Settlements, the World Bank, and the International Monetary Fund, the FSB’s digital asset recommendations will likely be adopted in some form by the majority of the world’s economies (aside from the countries that are choosing to ban crypto outright).

Perhaps the most significant development in global crypto regulations outside the US in recent months has come from the EU. The bloc reached an agreement on crypto regulation at the end of June that covers unbacked crypto assets, stablecoins, wallets, and exchanges. The regulations, called "markets in crypto-assets" (MiCA), were first proposed in September 2020, and the text has reportedly been finalized.

The EU regulations are focused on consumer protection and risk management but will also require participants in digital asset markets to declare their environmental and climate footprint.

Ukraine first passed a bill to regulate crypto in February, days before Russia attacked the country. Now, the country is working on revising its regulations to align with the provisions of MiCA as part of its efforts to adapt legislation to EU standards – a pre-requisite to joining the bloc.

South Korea’s top financial regulator, the Financial Services Commission, said that the country is unlikely to succeed in creating its own regulatory system for digital assets and would be better off waiting until there is international consistency, citing potential issues such as the emergence of regulatory arbitrage. According to the Forkast report, 14 bills related to cryptocurrencies are pending before the country's legislature. President Yoon Suk-yeol wants to sign legislation in 2023 that would go into effect in 2024. South Korea boasts one of the world's highest rates of crypto adoption, and regulatory clarity could enable that to increase further, especially if they're standardized with those adopted by major economies like the US and EU.

In early September, Cointelegraph reported that the Brazilian Securities and Exchange Commission is seeking revisions to the country's proposed crypto regulations. While the country's Senate approved a bill in April, its Congress continues to work on final revisions before it gets signed into law, leaving room for changes.

Reportedly, the Brazilian SEC wants to ensure that NFTs are treated as digital assets and fall under its regulatory purview.

In addition to the main regulatory bill, the Brazilian Congress is also reviewing a bill that would legalize cryptocurrency payments and protect private keys from seizure.

The Persian Gulf recently launched a crypto payment service, becoming the first country in the region with a regulated and approved offering. The service is run through the country's EasyPay platform, which the Central Bank of Bahrain regulates. The platform partnered with Binance Pay to enable crypto payment services, which will be available at more than 5,000 point of sale terminals and payment gateways throughout the country.

With major international institutions like the Financial Stability Board and European Union (as well as the US) moving to create formal regulations for cryptocurrency that could drive the regulatory environment for the rest of the world, wide-scale integration of digital assets into the global financial system is likely in the near future. Financial institutions that aren't prepared for international adoption of crypto risk being left behind. Don't wait for regulations to be finalized; get started with digital assets today. Request a demo of the Amberdata platform today to find out how our digital asset data can help you enter the asset class quickly, without developing entirely new in-house expertise or infrastructure. 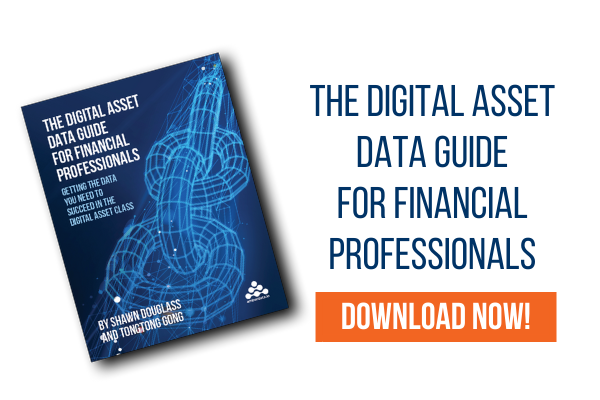